Xiaolongbao is a type of Chinese steamed bun (baozi) from the Jiangnan region, especially associated with Shanghai and Wuxi. It is traditionally prepared in Xiaolong, which is a kind of small bamboo steaming basket, which give them their name. Xiaolongbao is often referred to as a kind of "dumpling", but should not be confused with British or American-style dumplings, nor with Chinese jiaozi. 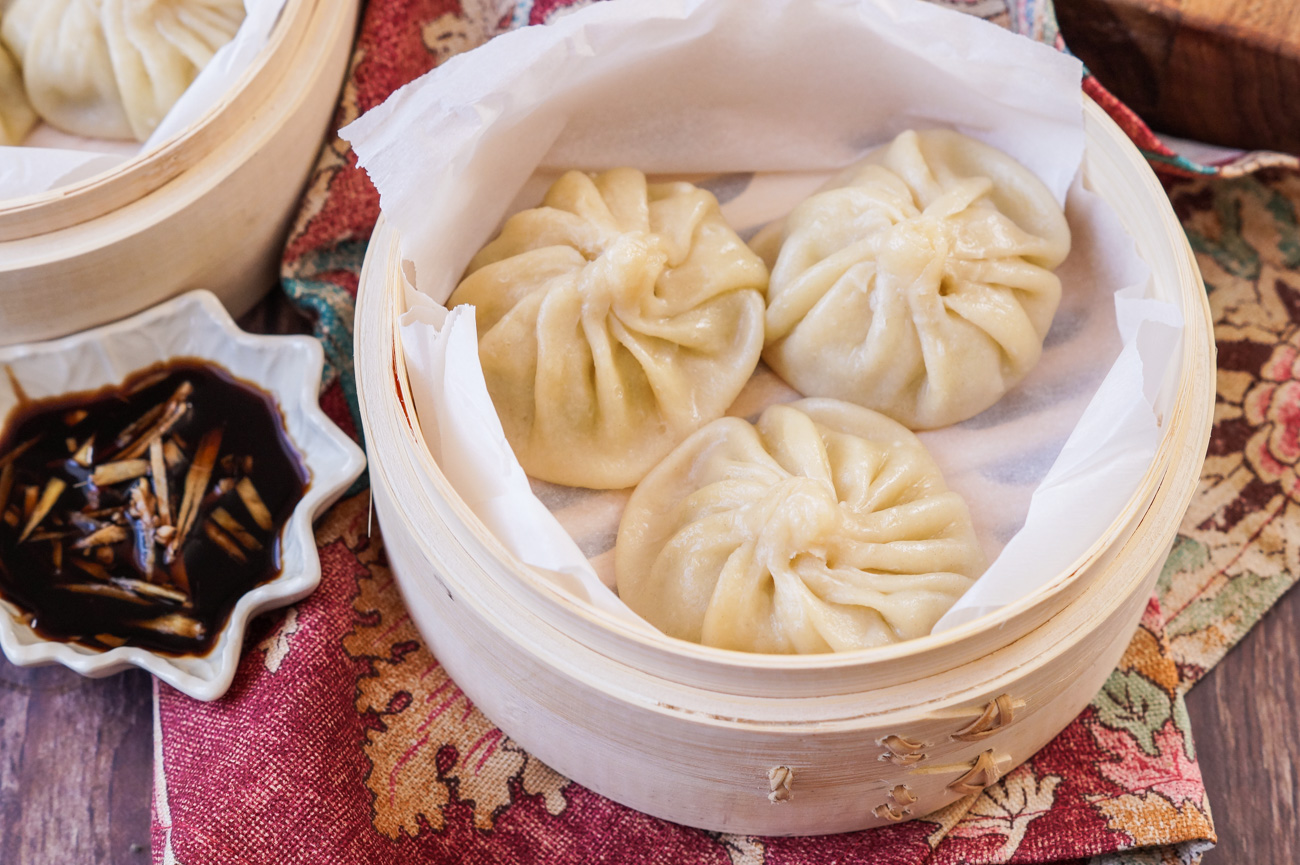 They are also called soup dumpling because they are filled with hot soup and must be eaten carefully. In Shanghainese, they are also sometimes known as siaulon moedeu or xiaolong-style mantous as Wu Chinese speaking peoples use the traditional definition of "mantou" which refers to both filled and unfilled buns.

Xiaolongbao is traditionally filled with pork. One popular and common variant is pork with minced crab meat and roe. More modern innovations include other meats, seafood, and vegetarian fillings. 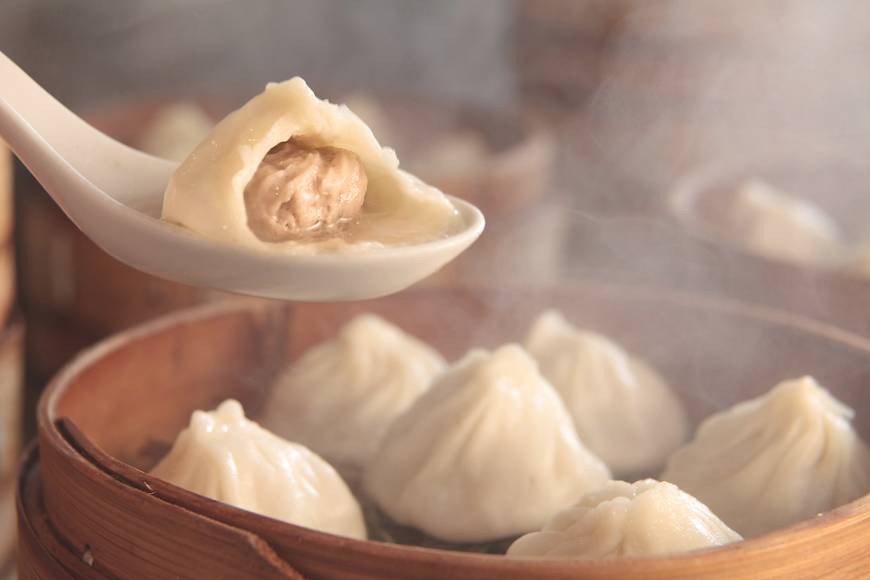 Here is a video of how to eat xiaolongbao: How To Eat A Xiao Long Bao Like A Boss